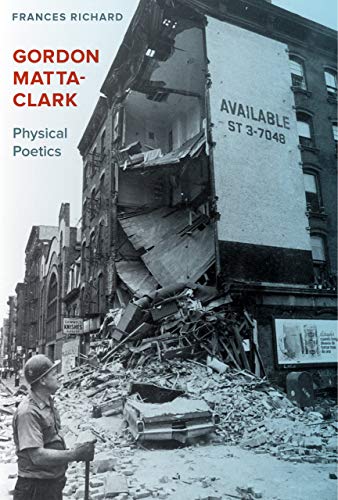 Reseña del editor Bringing a poet's perspective to an artist's archive, this highly original book examines wordplay in the art and thought of American artist Gordon Matta-Clark (1943-1978). A pivotal figure in the postminimalist generation who was also the son of a prominent Surrealist, Matta-Clark was a leader in the downtown artists' community in New York in the 1970s, and is widely seen as a pioneer of what has come to be known as social practice art. He is celebrated for his ""anarchitectural"" environments and performances, and the films, photographs, drawings, and sculptural fragments with which his site-specific work was documented. In studies of his career, the artist's provocative and vivid language is referenced constantly. Yet the verbal aspect of his practice has not previously been examined in its own right. Blending close readings of Matta-Clark's visual and verbal creations with reception history and critical biography, this extensively researched study engages with the linguistic and semiotic forms in Matta-Clark's art, forms that activate what he called the ""poetics of psycho-locus"" and ""total (semiotic) system."" Examining notes, statements, titles, letters, and interviews in light of what they reveal about his work at large, Frances Richard unearths archival, biographical, and historical information, linking Matta-Clark to Conceptualist peers and Surrealist and Dada forebears. Gordon Matta-Clark: Physical Poetics explores the paradoxical durability of Matta-Clark's language, and its role in an aggressively physical oeuvre whose major works have been destroyed. Nota de la solapa ""In Frances Richard's hands, language is more than just a theme. It is a practice, a way of thinking, and it becomes a critical framework that changes the way we see the artist, his work, his language, and the sociohistorical context in which all are embedded.""—Gwen Allen, Professor of Art History, San Francisco State University ""Like a well-written novel, what might appear as factual minutia becomes enlivened by Richard into a penetrating character analysis; we become more and more invested in learning about this unusual artist whose career and life were cut short by illness and death. Fortunately, Gordon Matta-Clark: Physical Poetics doesn't stop at mere biography. This close analysis of the life, writings, sculpture, and conceptual artworks of Gordon Matta-Clark is a work of serious research.""—Jennifer A. González, Professor of Art History and Visual Culture, University of California, Santa Cruz ""Energetic and well-informed, Richard keeps the quirkiness of her subject in mind as she demonstrates a broad and deep knowledge of, and sympathy for, Gordon Matta-Clark, capturing the range of his interests and engagements.""—Jack Flam, Distinguished Professor Emeritus of Art and Art History, City University of New York and President, Dedalus Foundation Ver Descripción del producto