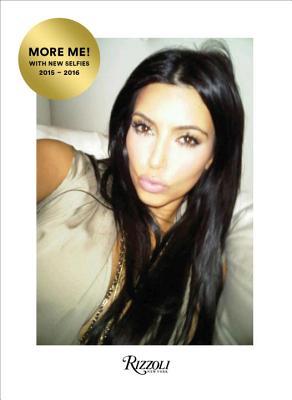 The newly updated book dedicated to the selfie photography of Kim Kardashian, featuring sixty-four new pages of the latest snaps of Kim's children, her immediate family, and some of the world's most prominent figures.

From her early beginnings as a wardrobe stylist, Kim Kardashian has catapulted herself into becoming one of the most recognizable celebrities in Hollywood. Hailed by many (including Givenchy designer Riccardo Tisci) as the modernday Marilyn Monroe, Kim has become a true American icon. With her curvaceous style, successful reality TV show Keeping Up with the Kardashians, DASH clothing store, makeup and perfume lines, and workout DVDs, she has acquired a massive fan following in the multi-millions. Through Instagram, Twitter, and Facebook, Kim connects with her legions of fans on a daily basis, sharing details of her life with her selfie photography. Widely regarded as a trailblazer of the selfie movement--a self-portrait for the digital age--Kim has mastered the art of taking flattering and highly personal photos of herself.

This updated volume presents 64 new pages of some of Kim's favorite selfies--from her favorite throwback images and current ultra-sexy glam shots to newly snapped selfies with Serena Williams, Hillary Clinton, and President Barack Obama--Selfish provides readers with a behind-the-scenes look into this larger-than-life star. This revised and expanded edition features previously unpublished images of her children and immediate family.